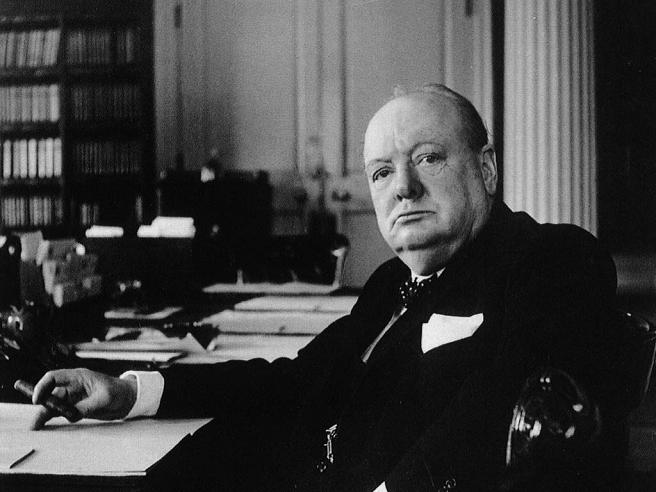 So, you say you don’t believe in aliens? It’s all a bunch of garbage? Well, even if there is little scientific proof the earth has been visited by little green men, one of the more credible figures of the 20th century saw UFOs as a credible potentiality: Winston Churchill.

According to Fox News, documents have recently surfaced in the UK detailing an event during World War II, in which a British figher was tailed by an unidentified flying object. Churchill took the event so seriously that he discussed classifying it for 50 years with US General Dwight Eisenhower because he feared it would cause “mass panic” and “destroy one’s belief in the church.”

Unrleated, in other events recently released in UK documents one man apparently put a little money on the line:

In one incident, a gambler approached the Defense Department for help after a local gambling parlor refused to pay out on his 100-1 bet that aliens would land on Earth before the end of the 20th century.

Looks like he should have read our article on Science Bookies and Wagers!

*Admittedly, there seems to be little evidence released that Churchill ordered a cover-up and saying he believed in aliens is a stretch I want to believe in. Then again, I doubt cover-ups typically leave a definite paper trail.