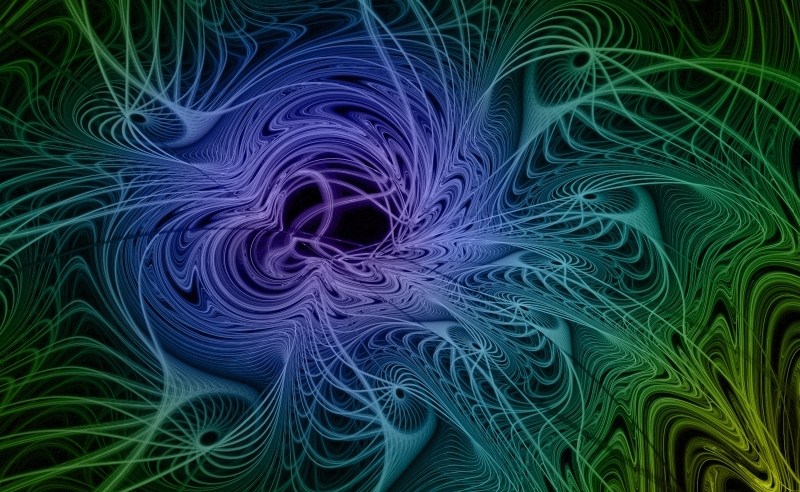 String Theory is a speculative notion that attempts to close the gaps between Quantum Mechanics and General Relativity. In essence, it would be the elusive theory that explains “everything.” Not just the very small or the very large, as the aforementioned fields cover, but the whole she(big)bang. The topic is undeniably fascinating. The Little Book of String Theory is an attractive book by Steven Gubser offering to introduce the reader to the major ideas of the field. Sign me up!

The function of this work as a “book” is hard to describe because, like the theory it attempts to distill, it is maddeningly inconsistent and seems to fluctuate between two poles. The stated point of Gubser’s book is to introduce String Theory to the non-expert. In some ways, he succeeds brilliantly, explaining complex ideas with metaphors that most people can grok. In other ways, he fails absolutely, either moving into highly simplistic explanations for concepts most people already understand or quickly glossing over ideas that most highly educated scientists would not quickly ascertain.

For example, in one paragraph Gubser takes the time to explain FOIL piece by piece. I could be wrong, but I figure most people who would be interested in reading 150+ pages on String Theory probably already understand FOIL (and probably did so by high school at the latest). Conversely, he often breezes through complex, abstract String Theory particles that exist in 26 dimensions in a way that seems to expect an understanding before reading this book. “This horizon is hard to visualize, because it is an eight-dimensional hypersurface in a ten-dimensional ambient geometry,” he writes, without really taking the time to explain any part of that sentence. Interestingly, this duality of over-explaining the simple and under-explaining the obscure seems to ape many of the dualities of String Theory itself.

Shortcomings aside, Gubser’s job is a monumental one and perhaps inherently unachievable. How do you dumb down an idea with mathematics that require 10, 11, or 26 dimensions? How do you even describe 26 dimensions when you don’t have to dumb it down? Show me a person who really understands what it means to talk about 10 dimensions and I will show you a flat-out liar. Two gargantuan tasks stand in Gubser’s way of making a truly successful book. The first is String Theory, to this point, has almost no verifiable experimentation to support its ideas. The theory is almost purely mathematical. Secondly, no one can even completely understands the theory or can know if it’s even real at all. Scientists speak with authority about the particles involved in ways that make them seem as if they actually exist without question, yet the whole thing could turn out to be a house of cards. It strikes me almost as if these guys are so desperate to make the theory work that they formed a pact to talk about all the parts in such a way to convince everyone else that it really is the truth.

String Theory certainly is enthralling and could turn out to be a true account for the way things are. But reading through this distillation, I have my doubts that it will ultimately play out the way they imagine. Still, Gubser does about as well as he probably can. At times he meanders and jumps to subjects with tenuous connections, but that fractured style is an apt metaphor for our understanding of the topic at this date. We have parts that seem to make sense, but we can’t quite put it together.

Ultimately the read was useful for slaking my curiosity on the subject, yet it also left me dumbfounded and confused. Part of that fault goes to the way the book is presented and part goes to the theory itself.